Linda France was born in Wallsend, Newcastle upon Tyne, and now lives close to Hadrian’s Wall, near Hexham, in Northumberland. 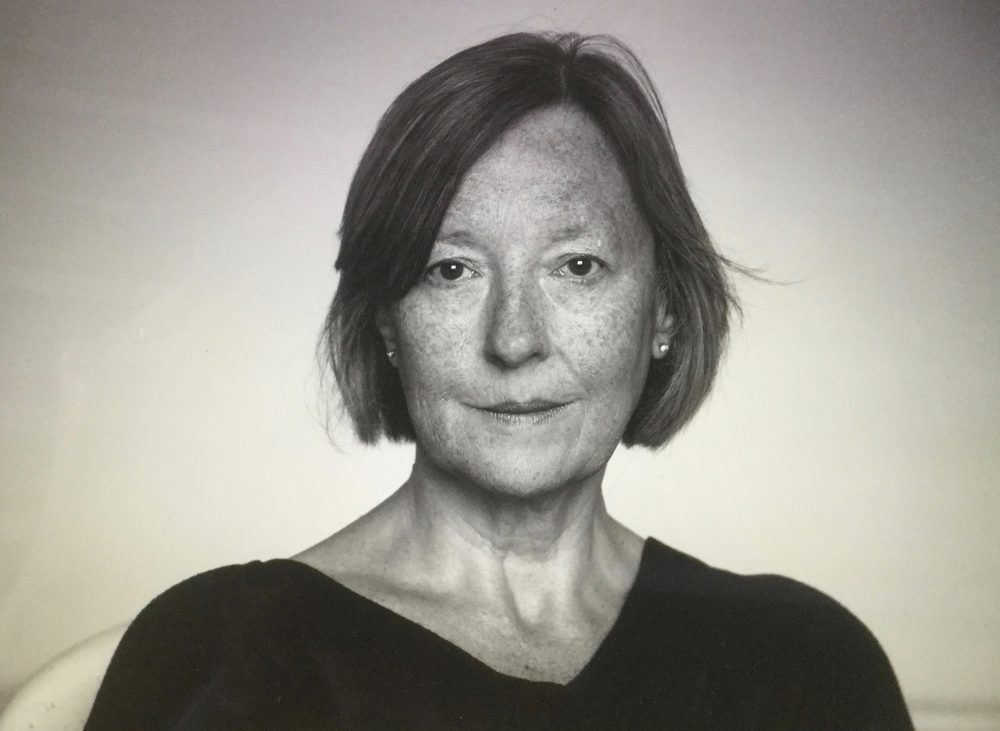 Her eight full-length poetry collections include: The Simultaneous Dress (Bloodaxe 2002) and The Toast of the Kit Cat Club (Bloodaxe 2005), a biography in verse of the 18th century traveller and writer Lady Mary Wortley Montagu; book of days, a year renga, with ceramic fragments by Sue Dunne (Smokestack Books 2009), You are Her (Arc Publications 2010) and Reading the Flowers (Arc 2016), longlisted for the inaugural Laurel Prize. Linda also edited the acclaimed anthology Sixty Women Poets (Bloodaxe 1993), a Poetry Book Society Special Commendation. She has published several pamphlets – the most recent, a limited edition bilingual collaboration with Bulgarian artist Svoboda Tzekova and poet-translator Nadya Radulova, Month of Shadows, 2017.

Linda was the first Arts Foundation Poetry Fellow in 1993, Fellow at the Fine Arts Work Center, Provincetown, Massachusetts in 1997, a Hawthornden Fellow in 1999 and 2007, Leverhulme Artist in Residence at Moorbank Botanic Garden, University of Newcastle (2010-11), Policy and Enterprise Fellow at the Institute of Advanced Studies at Durham University (2013), Poet in Residence at Cheeseburn Sculpture (2014-16 – Compass, a collaboration with sound recordist Chris Watson premiered in Summer 2016 – with a new version online, Summer 2020) and Creative Writing Fellow at Leeds University (2015-16).  In 2018 she was Exchange Writer at the Centre for British Research in the Levant, Amman, for the first Durham-Jordan Alta’ir Project.  She won a Renwick Scholarship to the British School at Rome in 2019.  Her poem ‘Bernard and Cerinthe’ won the Poetry Society’s 2013 National Poetry Competition.  Linda has taught on Newcastle University’s Creative Writing MA since its inception.

She has recently completed a Creative Practice-led PhD – ‘Women on the Edge of Landscape’, concerned with Susan Davidson’s landscaping at Allen Banks in Northumberland and Margaret Rebecca Dickinson’s botanical paintings in the Natural History Society of Northumbria’s Archive.  She is a recipient of a 2020 Society of Authors Cholmondley Award. Currently, Linda is Climate Writer for New Writing North and Newcastle University – you can learn more about her work on this here.

You can find out more about which cookies we are using or switch them off in settings.

This website uses cookies so that we can provide you with the best user experience possible. Cookie information is stored in your browser and performs functions such as recognising you when you return to our website and helping our team to understand which sections of the website you find most interesting and useful.

Strictly Necessary Cookie should be enabled at all times so that we can save your preferences for cookie settings.

If you disable this cookie, we will not be able to save your preferences. This means that every time you visit this website you will need to enable or disable cookies again.

This website uses Google Analytics to collect anonymous information such as the number of visitors to the site, and the most popular pages.

Please enable Strictly Necessary Cookies first so that we can save your preferences!